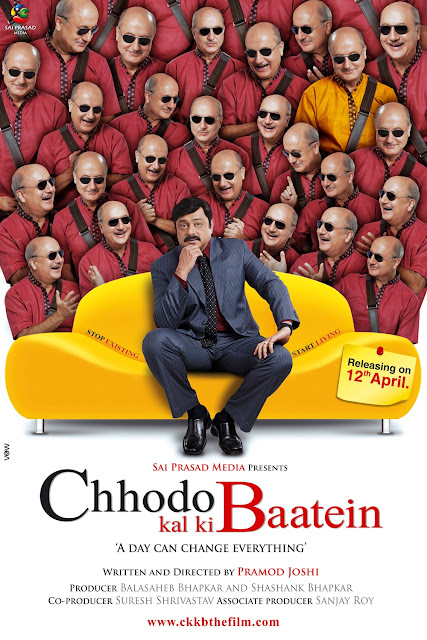 This week I wrote few movie reviews on my blog, as I have always been a great fan of good movies so I felt to write on those movies which are coming recently to the market at the same time behind these reviews I personally wanted to suggest some great movies which I have watched through these years. Since long time I have done this work not by writing but in some coffee chit chat but I also now want to share this more authentic way by writing about it on my blog. So today I am sharing one very special movie to you all which I believe is the must watch movie before you die.

“Chhodo Kal Ki Baatein” movie is a movie which will rock your mind and you will stop movie and you will surely recheck if the movie that you are playing is in good condition because some scene will repeat again and again which is not actually any fault in your movie piece but it’s the plot. So let me narrate you story in nutshell. A workaholic man wakes up to find himself stuck in a time warp, and that waking up is followed by some series of bizarre events, until he meets a mystery man who gives him life-changing lessons. Later he starts enjoying those bizarre events and learns a great lesson about his life.

Aditya Pradhan (Sachin Khedekar), an egoistic, career obsessed man who indulges his family with mundane materialistic pleasures, but doesn’t have a moment to spare for them gets unstuck on time. With permanently furrowed brows, weary eyes, and a perfectly dyed hair-piece, Aditya lives every day like it was Monday. Until one day he wakes up to find it’s Sunday. And it’s the dreaded Sunday the next day, and the next. What makes it worse is that no one ready to believe the oddity of his freaky situation. Harrowed and beaten by time, he desperately tries to end Sunday-everyday phenomenon, but alas, no luck. Then he encounters Benaam Kumar (Anupam Kher) - for the lack of a creative name – this man enlightens him about simpler joys of life, giving and living. The seed of the idea is impressive.

I must confess that the heart of the story is faintly borrowed from the Bill Murray Hollywood comedy, Groundhog Day. I have seen some critics criticize that this movie is mere copy of Groundhog Day but I don’t agree with them because the movie inspired from Groundhog Day moves much beyond. And gives us amazing insights based on our Vedic philosophy. Interesting thing is that Sachin Khedekar, the leading man of Chhodo Kal Ki Baatein isn’t your routine 6-pack hunk. He’s a common man with a paunch common enough to flaunt without a care, but that’s not the ‘weighty’ problem here. The plot goes into such a painfully repetitive loop that he’s haplessly stuck in there. He shows flashes of brilliance occasionally, though it’s not the best we’ve seen from this powerhouse performer. Director Pramod Joshi, an established Marathi filmmaker, has an inspired idea here, fresh for Bollywood too.

I believe this kind of initiative should be made more because we are loosing connection with our self lately. I hope more movies will come on coming days not just to entertain us for few hour but to teach to live life more blissfully and meaningfully.

Here is the trailer of that movie: 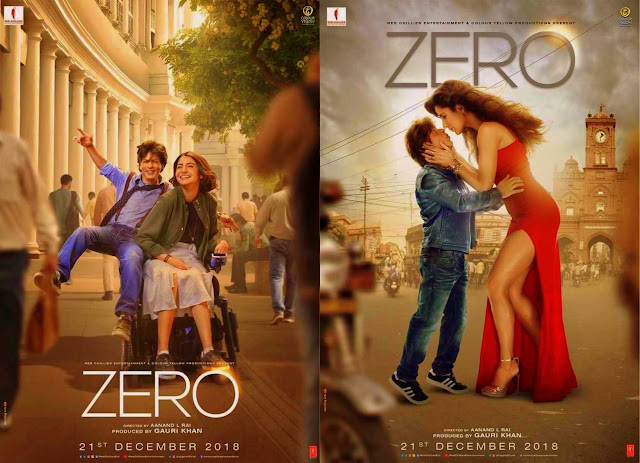 “Zero” movie appears as disappointment to the fans of Shahrukh Khan as it was most awaited movie of this year. Story of vertically challenged person as it appeared in trailer until no one had seen whole movie was expected to inspire all sorts of disabled people to achieve some great dream in life. But once you get in the theater you encounter a different protagonist “Bauua” who is born to a wealthy family and raised in an environment of affluence and indulgence, Bauua was never failed by Meerut or its people. Bauua appears as arrogant character who entertains audience for first half but story takes no good turn rather disappoints audience as it goes on elaborating unnecessary plot. Neither Bauua gets any sympathy from audience as it was expected. Throughout the movie you witness the overconfident attitude of real super star Shahrukh Khan, who doesn’t want to show him pitiful rather a stubborn in all walks of his life.
We must respect the concept of movie director and investor to create such a unique representation of dwarf protagonist. I will also appreciate the acting of all actors. Specially acting of Anushka Sharma seems to overshadow SRK in spite of that SRK also have done marvelous acting no doubt. But the protagonist fails to gain sympathy rather gets hatred of being arrogant throughout the movie. Movie fails to show nice flow in development of character. Anushka Sharma on the other hand seems to be comparatively more attractive character but her voice and her dialogues sometimes are hard to understand. An illiterate dwarf protagonist being chosen to go on astronomical expedition seems totally out of blue. Upside-down storyline on the other hand makes viewer feels to go out of theater. I am not happy to write this for this movie but it is truth that movie fails to touch heart of audience. I am hopeful that Shahrukh Khan will learn from this movie that his arrogance will not work on movie. As Indian audience love to see protagonist who seeks pity and struggles out of problems. Somehow name of movie appears to be right as it is taken as a zero level movie form such a superstar. 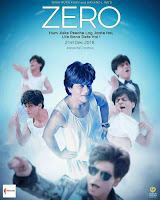