Triveni : Trinity of three rivers and the land where great epic Ramayana was written 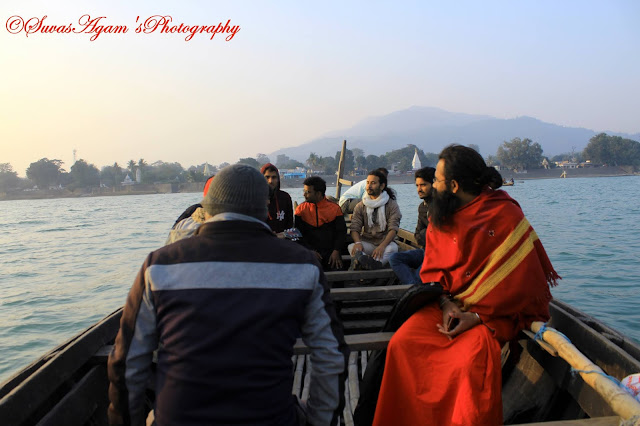 Triveni which literally means trinity of three water source. And this triveni of Nawalparasi district is the trinity of three holy rivers Narayani, Sona and Pancha (Tamsa & Sonbhadra). I am fortunate enough to born on this land. And had opportunity to visit this shrine almost every year until I was not allowed to ride bike but once I had the control of my bike I have been here for numerous time. Let me introduce this glorious place to you. 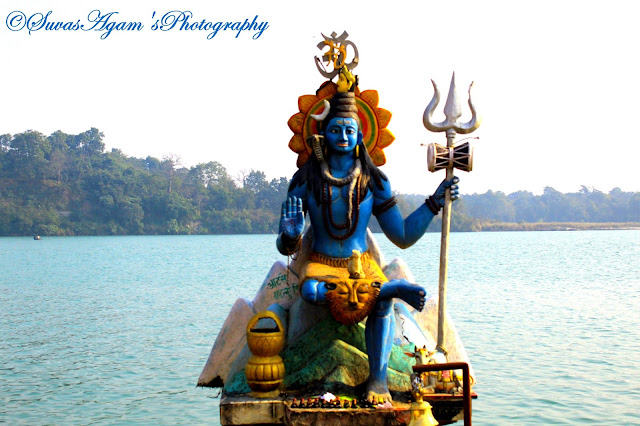 Triveni is situated near the Indian border where the River Narayani, or Gandak, emerges from the Siwalik ranges to flow into the Gigantic plains. In Nepali news you must have heard of Susta Gandak trouble of Nepali land flooded by the closing of dam from Indian side. It is called Triveni (meaning three streams or rivers) as the large Narayani River mingles with the smaller Sona and Pancha (Tamsa & Sonbhadra) rivers. 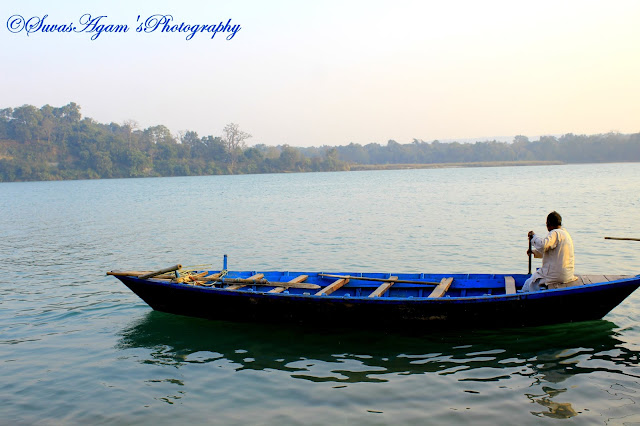 'Tri' means three and 'Veni' means junction of water source in Sanskrit. We commonly hear about this place often mentioned in the Hindu Scriptures ranging from the works of the ancient dramatist, Kalidash, to the Varaha, Himavat, and the Skanda Puranas.
Across the river there is the Balmiki Ashram which falls under Chitawan District, said to be the retreat where a pregnant Sita, banished by her husband Ram, took refuge in the great sage Valimiki’s ashram and gave birth to her two sons, Lava and Kush. 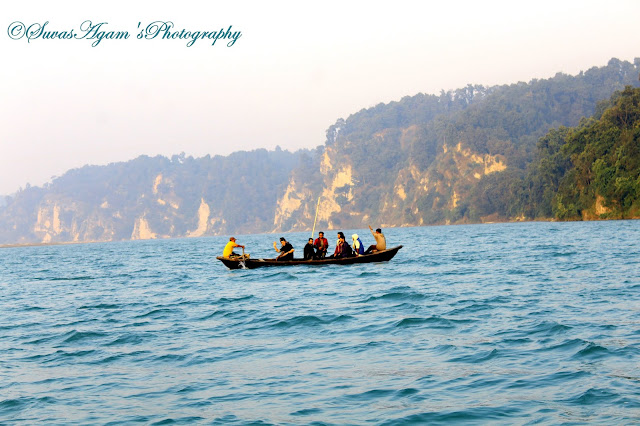 It is believed that apsaras, along with various gods and goddesses, frequently descend from heaven to bath in these rivers. Triveni Dham has been famous since the days of the Janak dynasty of Janakpur, during which it was a part of the Mithila kingdom. In particular, the Balmiki Ashram, across the river, is testament to the influence the Janak kings had on the cultural and religious heritage of the region. It was here that Valimi wrote the epic Ramayana. And not only that it is the land which inspired Valimiki to create the first verse of his life, and that verse is also taken as the milestone to start the glorious days of Sanskrit literature. 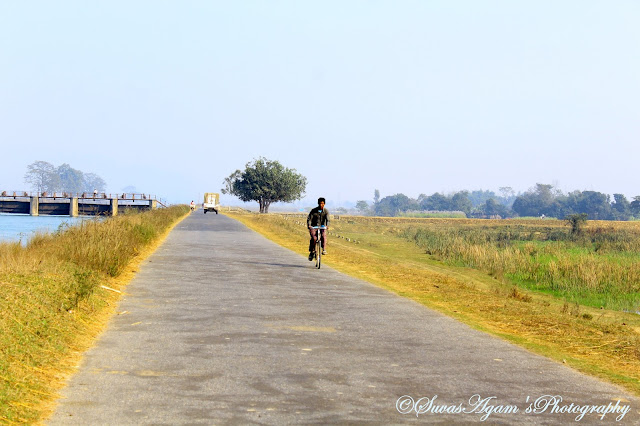 Let me tell you that small story how Sage Valmiki wrote that first verse. Valmiki was going to the river Ganges for his daily ablutions. A disciple by the name Bharadwaja was carrying his clothes. On the way, they came across the Tamasa Stream. Looking at the stream, Valmiki said to his disciple, "Look, how clear is this water, like the mind of a good man! I will bath here today." When he was looking for a suitable place to step into the stream, he saw a crane couple mating. Valmiki felt very pleased on seeing the happy birds. Suddenly, hit by an arrow, the male bird died on the spot. Filled by sorrow, its mate screamed in agony and died of shock. Valmiki's heart melted at this pitiful sight. He looked around to find out who had shot the bird. He saw a hunter with a bow and arrows, nearby. Valmiki became very angry. His lips opened and he cried out,
मा निषाद प्रतिष्ठां त्वमगमः शाश्वतीः समाः।
यत्क्रौञ्चमिथुनादेकमवधीः काममोहितम्॥'
mā niṣāda pratiṣṭhā tvamagamaḥ śāśvatīḥ samāḥ
yat krauñcamithunādekam avadhīḥ kāmamohitam
You will find no rest for the long years of Eternity
For you killed a bird in love and unsuspecting
Emerging spontaneously from Valmiki's rage and grief, this is considered to be the first shloka in Sanskrit literature. Valmiki later composed the entire Ramayana with the blessings of Lord Brahma in the same meter that issued forth from him as the shloka. Thus this shloka is revered as the first shloka in Hindu literature. Valmiki is revered as the first poet or Adi Kavi and Ramayana, the first Kavya (poem). 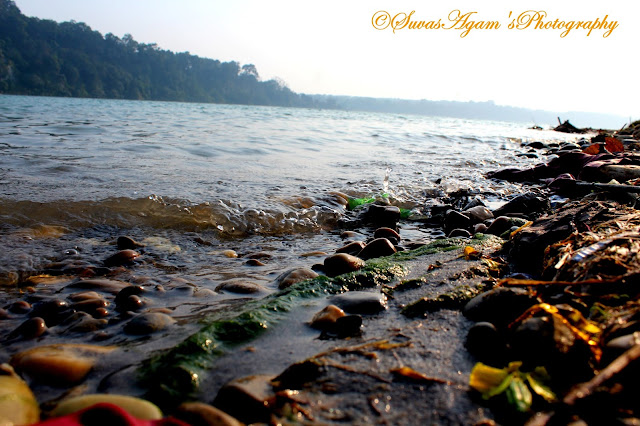 Now as we have some glimps of Valmiki’s life lets know more about this shrine Triveni. This place is also known as Hari-Har Kshetra, sacred to both Shaiva and Vaishnava followers of the Hindu religion. Hari means Vishnu and Har means Shiva. There is a temple enshrining the idol of Hari-Har – half Vishnu, half Shiva. Here one finds the temples of Gajendramokshya, Bhakteshwor, Laxmi Bainketeswara, Nagababakuti, and Radhakrishna; the Kotihom Yajnashala; the Sanskrit school; and many beautiful gardens. This site called Gajendra Mokshya Tirtha where according to the Barah Purana, a god worshipping elephant (Gajendra meaning Elephant King) was caught in the jaws of a powerful alligator while wading in the waters to pluck lotus flowers for worship. Lord Vishnu hearing his devotee’s prayer for help personally descended on the spot riding on his Garuda and killed the alligator with his Sudarshan Chakra (discus) and saved the elephant. This act of liberation (mokshya) of the elephant king from the clutches of the crocodile (graha) has earned this place the name Gajendra Mokshya. Today Saint Muktinath Baba have constructed a huge ashram at the site of Gajendra Mokshya called Gajendra Mokshya Dham. As this ashram faces the river if you walk into the river you will see the spot where still today stone carved with the foot of elephant lies there. 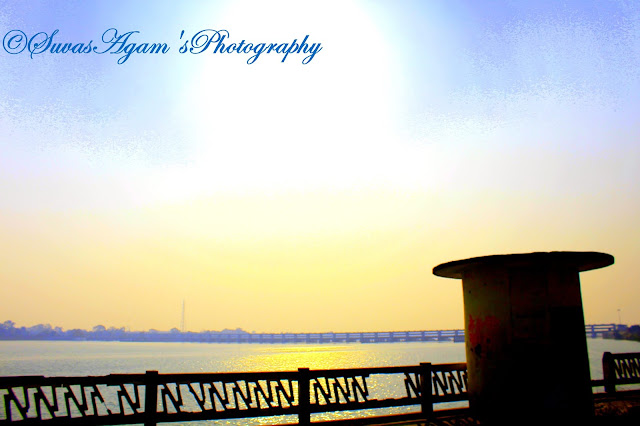 A big fair is held at this site on Magh Krishna Amabasya, or the dark night (no moon), in the month of Magh (Jan/ Feb). Pilgrims, from both the hills and plains of Nepal and from India, take a ritual bath in the river on this occasion. It is the popular site for holy baths, tarpanas, shradhas, upanayans, darnabhedans, annaprasans, chudakarmas, and various other sacramental rites; and the festivals of Kartik Mela, Kumbha Mela, Ramnavami, Byaspurnima, Holi, Chhait, and Budda Jayanti, Shivaratri serve as occasions for a large number of pilgrims from Nepal and India gathering in the region. 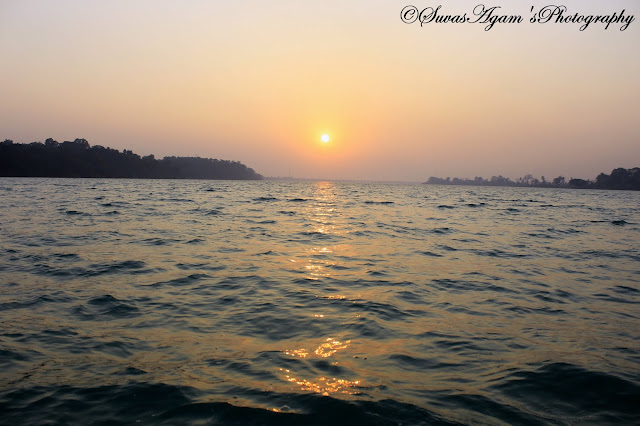 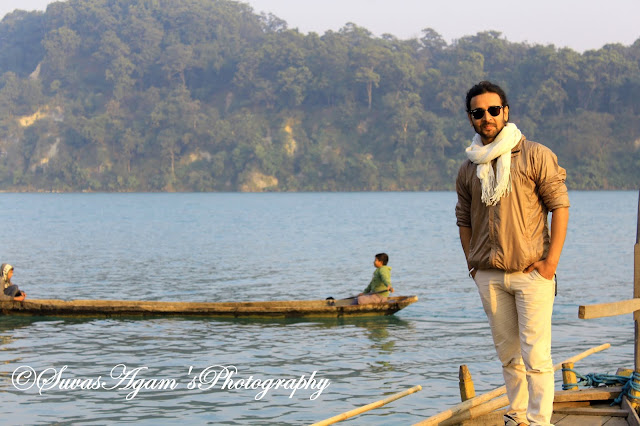